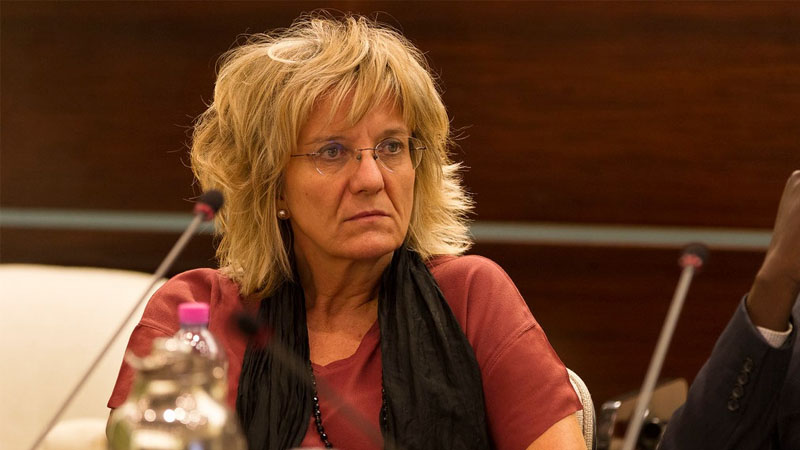 Food and Agriculture Organization of the United Nations

ShantaNeupane had a vision. From Panauti Municipality, in central Nepal, she could see how hard women in the rural forest and farming communities around her worked in their family smallholdings, helping to feed their households.

But although, like Shanta herself, they were members of community forest user groups, these same women had little voice in their communities, no assets of their own, and received no personal income from their efforts. Shanta knew that if these women came together as a cooperative, they could pool their skills and efforts to start producing and selling goods, taking the first steps on a pathway towards their own economic independence and improving their status in the community.

With support from the Forest and Farm Facility, Shanta broadened her vision through international exposure visits to Vietnam, Thailand and India. There, she met with women’s groups and learned about business planning, finance, the importance of adding value to products, and the need for multiple sources of income to make a cooperative sustainable.

Convincing the women of Panauti Municipality of her vision was another story. When she was initially met with hesitance, Shanta decided to demonstrate the enterprise model herself. In 2015, through the Food and Agriculture Organization of the United Nations, she received support from the Forest and Farm Facility to set up a women-led forest and farm producer group, which she called AdharEkataMahilaSamuha. Shanta conducted sessions to convince women to start producing forest and farm products commercially, followed by sessions on leadership and entrepreneurship development training.

The women gradually agreed to start agroforestry and vegetable farming, including broom grass cultivation and cardamom plantation. The group leased 0.25 hectares of land and constructed 20 tunnels to produce 15 different types of vegetables. They also took a loan for the construction of the tunnel and plantation and for marketing their products.

As a cooperative, the women have a stronger voice to request subsidized inputs support, technical and social services from their municipality office, training, and material support such as plastic and bamboo poles for making tunnels for tomato farming. And together, they have greater access to markets, and better prices for their products.

The results have been powerful. Today, AdharEkataMahilaSamuha has grown to include 148 women members and has plots covering more than 25 hectares of land. The group successfully sells its products, has repaid its loan and is making a profit for its members. With its expanded production capacity, the group is now exploring the potential of diversifying and adding value, and has already started making tomato ketchup from its tomatoes.

Equally importantly, the group’s success has strengthened the role of its rural women members as leaders in their local community. Shanta’s cooperative is a model that can be replicated in Nepal and elsewhere to empower other rural women and boost their economic independence. At the same time, such grassroots forest and farm producer organizations, collectives and cooperatives– whether run by men or women – are also making a wider contribution to society.

They are helping to achieve many of the Sustainable Development Goals, including those on poverty (Goal 1), hunger (Goal 2), decent work (Goal 8) and gender equality (Goal 5).Through agroforestry and the sustainable management of forest resources, they are also contributing towards targets on life on land (Goal 15) and climate action (Goal 13).

Worldwide, 90 percent of all farms are owned by an estimated 1.5 billion smallholders. In Nepal, small farmers with land holdings from 0.5 to 5 hectares own more than 95% of the country’s rural farmland.  Collectively, these forest and farm producers have the transformative potential to achieve sustainable development and respond to climate change on a vast scale.

That is why empowering and supporting organizations such as AdharEkataMahilaSamuha is so important. From Nepal’s rural forest and farm landscapes, women who once had little voice are helping to make a difference. By organizing themselves into collectives, they are demonstrating inspiring progress in economic transformation, entrepreneurship and policy advocacy.